The example code is at this repo

WPILib Trajectory is based the recommended way for pathfinding starting in 2020. It is based off of the 254 2018 autonomous and significantly reduces the computation time associated with path planning as well as accuracy. I am not going to go over the details of it, but FRC 4915 has a great video explaining how it works. I highly recommend you look over it, even though you don’t need to know the details, because it is fascinating.

A Deep Dive into WPILib Trajectories

This article is going to outline the steps that my team took to get from nothing to working path-following using WPILib Trajectory. Most of the code should be self-documenting, but there will be commentary throughout explaining what is going on.

My team has struggled with path-following for a long time. We tried to get Jaci Pathfinder working in the past, but unreliable robots combined with a lack of control systems experience meant that it never took off. In 2019, we decided to call off attempts at autonomous code in order to prioritize state machines and vision-based navigation (which we did not have enough time to put on the production robot). We had been talking for a while that we wanted to do path-planning in 2020, and we began work in the off-season. Due to the responsibilities of the Software sub-team in preparing a robot for CalGames and Madtown ThrowDown, path planning work primarily ended up occurring in the holiday break, and took a long time to get ready. I decided on January 6 to reevaluate path-planning from scratch using WPILib Trajectory, and got a working version much faster than Jaci Pathfinder. Much of my increase in speed was due to my recent experience with Jaci Pathfinder.

For both Jaci Pathfinder and WPILib Trajectory, we did feedback using a PID loop on the motor controllers, so we did not use the voltage controls (which will be mentioned later on).

Our current plan for the production robot is to use REV Robotics Spark Max motor controllers with NEO motors, so we will have to do conversions to their native units rather than the Talon SRX ones, but other than that the idea is the same.

The best way to start off is to learn your robot. This makes sure that you know exactly what you are controlling. Some questions to ask yourself are:

WPILib Trajectory relies on feedback to ensure that the drivetrain drives accurately. For this reason, you need to figure out the parameters for your control loop. These parameters will be involved in calculations to ensure reliable driving, so it is important to make sure that you put the proper values in.

What Units Are Needed?

These values will all be factored into the computation. The kF feedforward value is added to the result, regardless of error. kF plays the role of keeping the robot on track, while kP, kI, and kD all play into error correction. For this reason, your robot should be able to drive fairly accurately with only kF (which will be mentioned later).

FRC Characterization is an app from WPILib that lets you run software on your robot to identify the proper values for your robot.

The information about how to characterize the robot is below:

Characterization works best if you are using feedback on the RoboRIO, rather than a motor controller like a Talon SRX, Talon FX, or Spark MAX. The values returned will be voltage control constants.

Option 2: Tune Your Own PID

The other option, which works better for motor-controller based autonomous is to tune your own PID. The way we tuned this is by writing a simple app that has kP, kI, kD, kF, and Velocity for configuration on SmartDashboard, as well as the active sensor velocity and error for plotting. This makes it super easy to find the values for your motor controller PID loop. The steps to tune are:

There are some things to make sure are set properly if you are encountering issues with your characterization process:

Now you need to make your robot project. If you don’t have a project, open VS Code for your year, press CTRL + SHIFT + P at the same and create a new project. We used a new Command Subsystem structure (starting 2020) for our project.

It usually is a good idea to start of by adding any vendor libraries that are needed. We added Phoenix for our project, since CTRE devices were the only non-WPILib-supported devices on our minibot test-bed. Adding vendor libraries early on will allow you to have autocomplete throughout the entire testing process.

3b: Create a Constants.java

In order to keep your code organized and configuration simple, it can be very helpful to have a file that tracks all constants. If you want to be even more organized, create subclasses in your file to separate different components. A short excerpt of our Constants.java file is below:

3c: Create a new Subsystem with the Required Configuration

As you can see, we set everything to values from Constants.java, so if we ever need to change something, we can easily find it there rather than searching through the untidy configuration code.

I won’t go over what each value does, but you can find it in CTRE documentation.

This is where keeping track of your conversions matter. You may have seen before that there are some functions that have conversion factors as one of their parameters. By creating functions with our conversions, it is very clear what we are doing, and we can change all of our logic in one place if we do not write implement a conversion properly. Our conversion is fairly simple to see, such as below (at the time of writing, the JavaDoc comments were not done for the project, which is why some methods are missing a JavaDoc comment):

Make sure that everything is in the correct units throughout the entire process, and conversion factors for a Spark MAX/NEO will be different.

3e: Add the required methods to your Drivetrain

The drivetrain needs some methods in order to be able to drive. These functions, including our implementations, are below (note that some of the conversion factors will be added later)

It can be helpful to understand some of the components of this code:

TIP: Having debugging in the RamseteController can be a live-saver down the line, because you can see the errors (eX, eY, eTheta) that the calculator sees. Having your own class that extends will make your life a million times easier.

And the best thing is that I have already written one that you can use, based on the code from WPILib.

Having a function that can generate trajectories means that you can feed any set of points into your path planner and have it work. All you need is a function that takes in parameters and returns a Command. The version below is a slightly modified version from the WPILib Docs:

Everything up to now, besides PID tuning, has been off-robot and very theoretical. The last step is to test, and see if everything works. Put sample points into your generation function, and see if it drives. I would recommend starting with a straight line test, then adding curves later. Remember: you can set your waypoints in RobotContainer.java like so:

Another good tool, especially for the straight line, is using blue painter’s tape. On my first linear test, I told the robot to go nine feet forward, measured exactly nine feet with a tape measure, and put blue tape. Be careful to remember which side of the line you should be measuring from. In this test (which was my first with the auto and used a straight line), the back of the robot should’ve lined up with the blue tape, and it got very close.

The tape allowed me to see that there was a slight turn to the left while driving, which a tiny bit more tuning was able to fix.

Now you have an autonomous path! If you have problems, I would recommend looking at the WPILib Trajectory Tutorial, WPILib JavaDoc, or Chief Delphi. 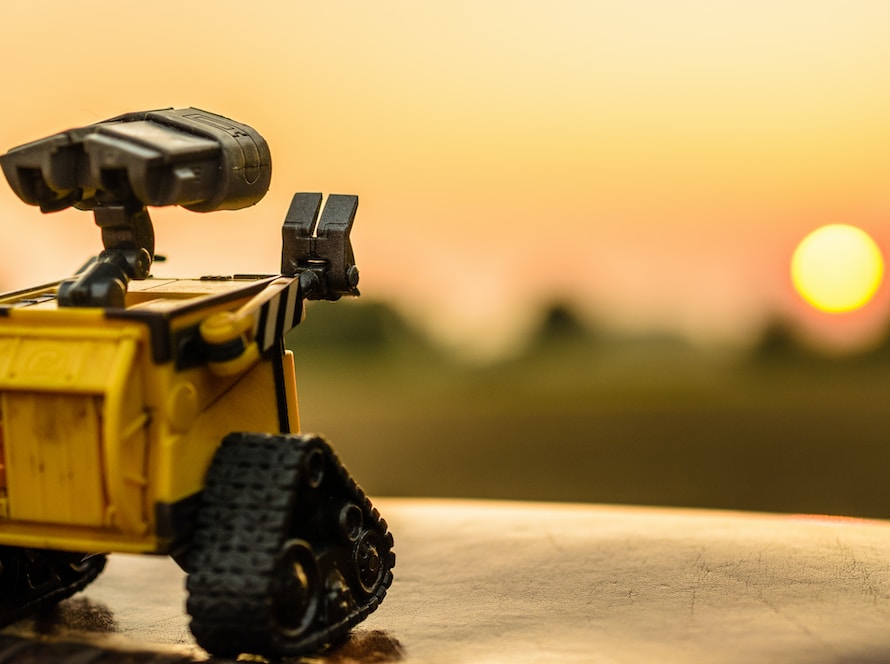 How to Survive a Robotics Competition

Manage Cookie Consent
To provide the best experiences, we use technologies like cookies to store and/or access device information. Consenting to these technologies will allow us to process data such as browsing behavior or unique IDs on this site. Not consenting or withdrawing consent, may adversely affect certain features and functions.
Manage options Manage services Manage vendors Read more about these purposes
View preferences
{title} {title} {title}